BACK TO THE BLOG

The kitchen work triangle is a decades-old architectural idea that is a fantastic guideline to follow while remodeling your kitchen. Although the subject may appear scary at first, it is actually a straightforward notion that may assist you in redesigning your kitchen to make it more effective and useful.

What is the kitchen working triangle?

The kitchen work triangle is a 90-year-old notion that prescribes where the sink, stove, and refrigerator should be placed in the kitchen layout.

According to the work triangle theory, the cooking zone will be easier to use if these three parts are near (but not too close) together, and the chef will not have to do as many wasted steps.

It’s as well-known and tried-and-true an interior design concept as there is. However, is the kitchen work triangle, still applicable today?

In other words, it shouldn’t be too little or too big for more than one cook. This should guarantee that your cooking space is functional, pleasant, and spacious enough – but not so huge that you spend too much time going from one location to the next. Of course, there should be no break in the flow – so if you’re planning to put an island in the midst of your kitchen triangle, reconsider.

What is the best way to create the golden triangle in the kitchen layout for more than one cook?

The specific kitchen triangle rule that governs a proper work triangle are listed below.

The three main work areas (cooktop, sink, and refrigerator) must be spaced between 4 and 9 feet apart in a triangular layout.

All three elements of this imaginary triangle must be at least 13 feet long but not more than 26 feet long.

Cabinets, islands, tables, and other partial-height obstructions shall not protrude more than 12 inches into the triangle.

Full-height obstructions, such as floor-to-ceiling cabinets, should be avoided at all construction costs.

You should avoid traffic flow through the major traffic patterns.

While the typical U-shaped kitchen is the most obvious plan for the national kitchen, many more options are possible.

For example, the fundamental triangle positioning of the three primary parts may be maintained in a big, open-concept kitchen with an island.

While a galley kitchen that acts like a highway in your house violates the traffic-flow rule, a galley with one end walled off might be an excellent example of the work triangle.

The triangular design can also work effectively in an L-shaped kitchen.

The advantages of the kitchen work triangle

Even though the kitchen work triangle design has been around for decades, it continues to be popular.

Having the three most crucial kitchen layouts within a few steps of each other is as convenient as it has ever been for a cook. This concept’s arrangement tends to result in adequate counter space surrounding the sink and key appliances.

If you’ve ever worked in a kitchen where the refrigerator is directly next to the sink, you understand how important the counter space between the two is.

It’s critical not to have upper cabinets or islands blocking the cook’s passage from one location to another for safety reasons. Keeping enough space out of the area’s workspace is also beneficial.

The disadvantages of the kitchen work triangle

The work triangle guidelines of outdated assumptions might be troublesome. Kitchens used to be a primarily utilitarian room where the “housewife” could cook food.

Even today, for a single cook using the area, having the three primary kitchen elements close together is most advantageous. The work triangle may not work as well for you if you have numerous family members cooking at the same time.

In today’s world, habits and demands have evolved. The kitchen is frequently used by two chefs at the same time, and it is viewed as a more casual meeting spot for family and friends.

Furthermore, during the postwar era, kitchens have increased significantly in size, and a long list of appliances has become the standard.

Today, we put a lot more demands on our kitchens than we did when the triangle idea was first introduced. Some designers feel that the kitchen work triangle concept should be abandoned entirely.

According to most interior designers, the kitchen triangle is a smart design guideline, but the changing demands of the modern family mean you don’t have to adhere to it rigidly.

In today’s home, cooking is no longer – or not always – the task of one person. Because many households today have many cooks working at the same time, the three points of the triangles are more likely to be ‘kitchen zones’ inside evaluate traffic flow (food storage, cleaning space, prep zone, and storage space) – especially in bigger kitchens with more ample space.

On the other hand, the kitchen designers do not necessarily lend themselves to the functioning kitchen triangle. Regardless of the size or form of your kitchen, it’s important to consider the efficiency of mobility that a kitchen triangle might provide when planning a new layout.

It is critical to balance aesthetics with usefulness; if you simply focus on one of these, your kitchen will not operate.

As a result, components such as kitchen triangles and zoning will usually happen by accident rather than being a primary priority.

You will like to create simple open spaces that are pleasant and relaxing to live in rather than focusing on zoning. This isn’t to suggest you don’t consider these things, but they aren’t the key to a great kitchen.

How do you place an island in a kitchen triangle?

Of course, one of the triangle’s corners – or a prep work area to accommodate a second chef – may be incorporated into the kitchen island.

You don’t have to follow the work triangle as a norm intentionally or prescriptively.

Many families also want a kitchen island that serves as the main prep space, resulting in a fourth corner, the kitchen rhomboid!

What are some new layouts to consider outside of the work triangle in the kitchen?

Many modern homes must now accommodate various design plans that work for the space and the family. Each individual and each house needs to be designed holistically since not everyone cooks or uses a space in the same way.

The quantity of space available and the sorts of appliances a customer uses will be factors to consider.

Drawer refrigerators are becoming increasingly popular, particularly when coupled with a walk in pantry or second utility kitchen, which may include a bigger overflow fridge, dishwasher, stove, and sink. On islands, smaller prep sinks or even two sinks on both lines are not uncommon.

Choosing the best kitchen design for you

The kitchen working triangle will always be popular since it is a design industry standard and is set up this way to make meal prep and cooking easier.

There are also other variations to this working triangle, such as in a linear kitchen plan where everything is on one wall. A different setup might work better in this circumstance.

It would be perfect to put the sink in the middle of the wall, with some countertop space on either side and the stove and refrigerator at the opposite ends of the ‘line,’ as it were.

The kitchen triangle should be utilized as a guideline in the end. Many kitchen experts today believe that the client’s lifestyle is the most significant consideration for kitchen design.

The optimum situation is when the designer lays out both the advantages and disadvantages of appliance placements, independent of restrictions, in order to fulfill the client’s individual aesthetic and practical objectives. 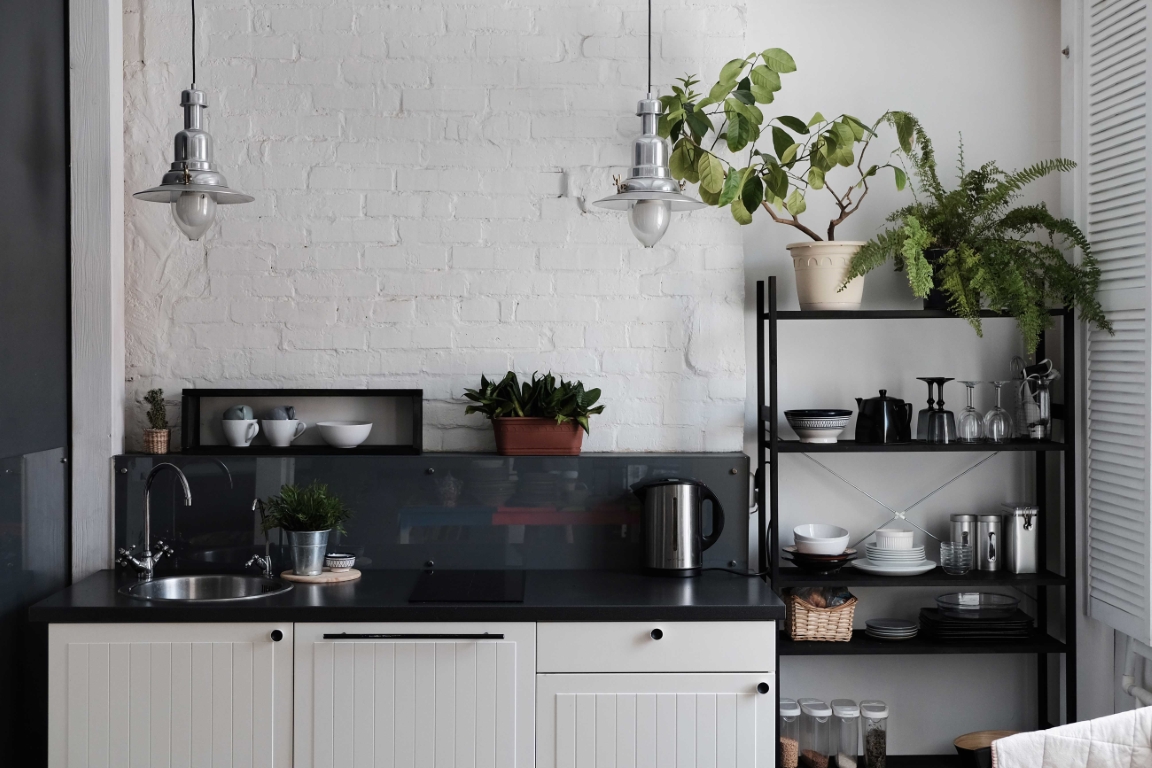 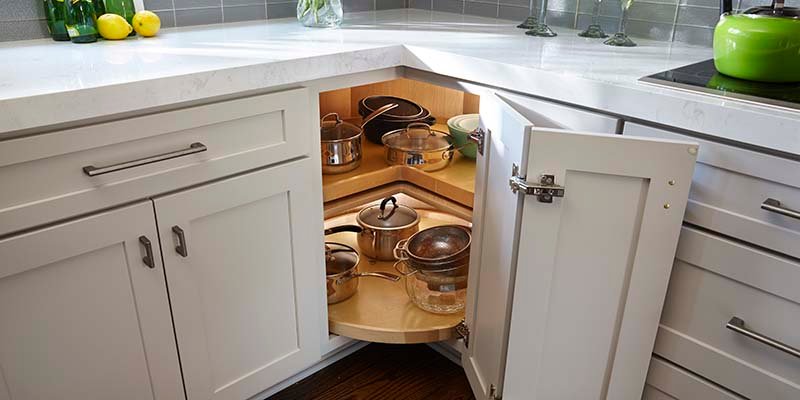 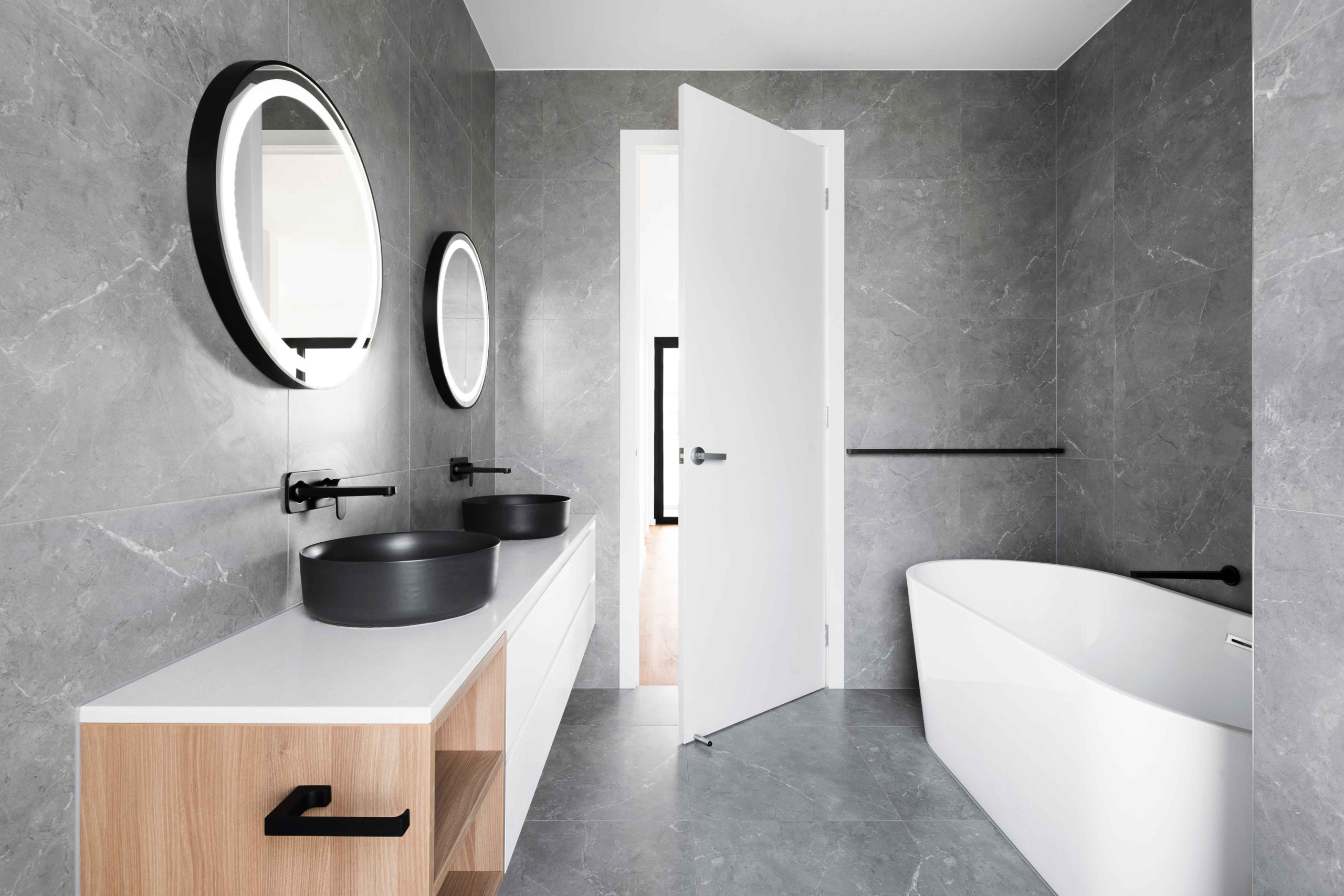